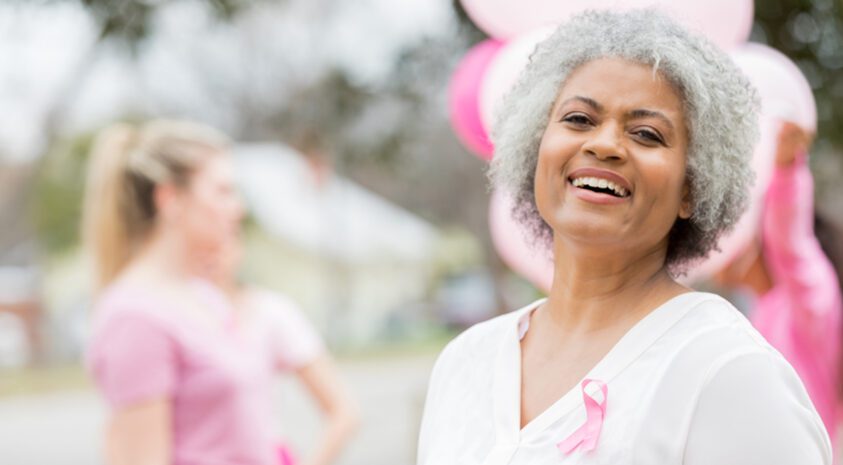 October is Breast Cancer Awareness Month. Marked by pink ribbons, you may scroll by the many posts highlighting the importance of breast health but, as Katie Couric learned recently, something might be happening inside of your body even if you have no symptoms.

Katie Couric, a former co-anchor of NBC’s “TODAY” show, was diagnosed with breast cancer on June 21, 2022. Things moved fast…she underwent surgery on July 14 and began 15 days of radiation on September 7. Katie was overdue for her annual mammogram and says had she put it off longer, her outcome may have been different. She says, “Please get your annual mammogram. I was six months late this time. I shudder to think what might have happened if I had put it off longer. But just as importantly, please find out if you need additional screening.”

As the famous phrase from Benjamin Franklin goes, “An ounce of prevention is worth a pound of cure.” Getting screened early for breast cancer is critical as catching an issue in the early stages can mean a difference not only in your outcome but treatment too.

According to The American College of Obstetrics and Gynecologists (ACOG), “In the United States, one in eight women will develop breast cancer by age 75 years. Regular breast screening can help find cancer at an early and more curable stage. Screening also can find problems in the breasts that are not cancer.”

Approximately 40% of all women can be classified as having dense breasts.

The Mayo Clinic goes on to share that having dense breasts affects you in two ways:

Because many women have dense breasts, legislation is being proposed for women in this situation by Rep. Rosa DeLauro of Connecticut who has secured a timeline from the, “Food and Drug Administration (FDA) on the rollout of their new breast density notification rule, which would require providers to notify women if they have dense breasts and on the need for additional screenings to find breast cancer.”

Talk to your doctor about your own situation and what steps you need for your breast screenings.

Men get breast cancer too

When you hear breast cancer, many people assume it’s a woman’s issue alone but men are also diagnosed with breast cancer. Although it’s rare, men account for 1 in every 100 breast cancer diagnoses in the U.S.

According to the Centers for Disease Control (CDC) the most common symptoms of breast cancer in men are:

The CDC also mentions risk factors in men including family history, increased age, being overweight, liver disease and former radiation treatment to the chest area among others.

Talk with your doctor if you have any questions about symptoms or risk factors.

Not sure if Medicare covers cancer treatments? Read here to find out more.

Bankers Life is here to help customers with their financial and insurance needs so please visit us at BankersLife.com to learn more.

PRODUCTS & SERVICES
I Need To
About Us
Customer Service

For information and educational purposes only. Does not constitute investment advice or a recommendation.